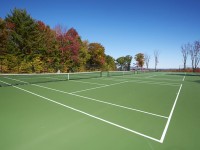 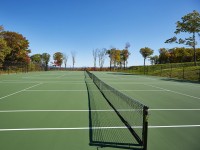 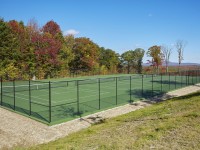 The Dublin School in Dublin NH is one of those great New England prep schools that seems like it comes out of a story book. It is perched on the side of a mountain in the same town that Yankee Magazine is published, the professors wear bow ties and sweaters, and when the cross country ski trails on campus start to melt, the students hang pails on the trees to gather sap for the school’s maple syrup shack.

Their tennis facility was a 5 court battery built out of classic northern New England stone dust. The facilities department lined the courts with lime before home matches and there is an amazing view out to the east of the valley below. There is something very nostalgic about the whole feel of the place.

Nevertheless, the reality of the situation is that due to the hard NH winters and the “mud season” that follows during the great spring melt, the courts are rarely playable during the actual tennis season. We were fortunate enough to build the Dublin School a brand new post-tensioned tennis facility on top of their existing courts. We compacted the stone dust, laid out the forms and the cables, and gave the school a crack-free surface guaranteed for 25 years (it will last much longer). The courts may not look as rustic as they used to, but Dublin will finally be able to play their home games at home and on courts they will be proud of for many years to come. 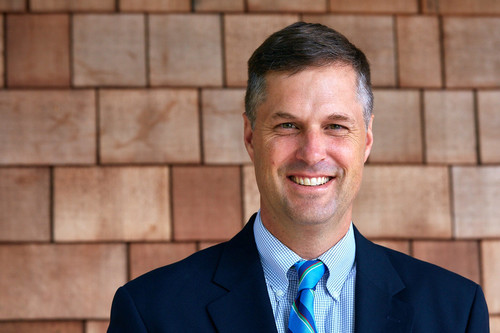 “The Dublin School Athletic Department could not be more pleased with the construction of our four new tennis courts. Cape and Island Tennis & Track worked closely with us throughout the design and construction of the courts and helped us come up with a solution for building courts to withstand the extreme weather variations in our area. Cape and Island built the courts on schedule and on budget. Best of all, our students love the courts and visiting families tell us they are among the nicest they have ever seen.”
- Brad Bates, Head of School